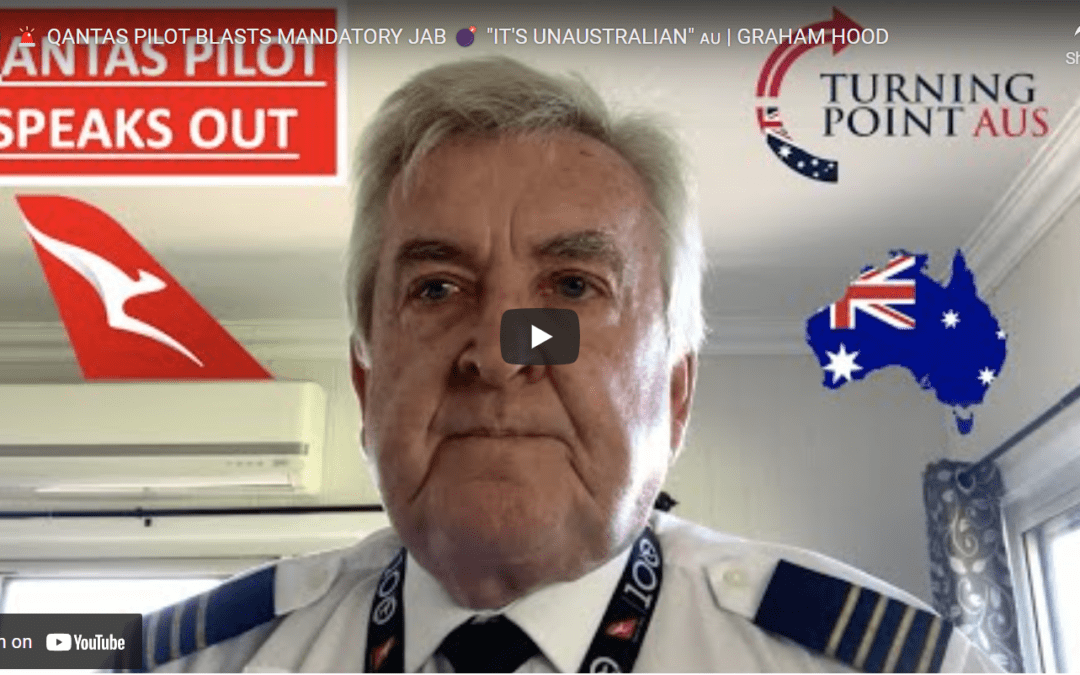 It seems we have unavoidably given away freedoms in Australia that were fought and died for, says former Qantas pilot,  Captain Graham Hood.

Mr Hood stressed many protesters are not against the COVID preventative treatment but are against the government’s mandate which has resulted in a loss to their livelihood.

“This isn’t about who is jabbed and who isn’t – this is about freedom – freedoms that have been lost,” Mr Hood told Sky News Australia.

“These are not anti-vaxxers, these are people who are fighting for freedom that governments are taking away.”

Here is the the emotional video mentioned in the interview that went viral.